Class Notes... Why We Bring Our Hands Together In Prayer Position

Have you noticed how many times you bring your hands together at the centre of your chest as you practice your yoga? It's probably more often than you realise. You'll know that nothing is random in yoga and that everything is done for a reason but have you ever wondered about the significance of this simple action? Often known as Prayer Pose, this gesture is one that we in the western world have been familiar with since our Christian-based schooldays.  In India though, where yoga originated, this hand position is one of salutation - its very name 'Anjali Mudra' means 'Salutation Seal'.  If you visit India you'll become familiar with people pressing their hands together and giving a little bow as they say 'Namaste'. It's their way of offering respect and saying hello and goodbye, a bit like 'ciao' in Italian. Translated from Sanskrit, the word 'Namaste' means 'the light in me honours the light in you' - a sentiment often shared by the teacher at the end of a yoga class to offer thanks for participation in the practice.

There are other meanings behind this simple pose too: joining the hands creates a continuous circuit for the body's energy, allowing it to flow from hand to hand and be sealed in and contained rather than dissipate.  The left side of the body is regarded as the cool, quiet, feminine side and the right as the fiery, energetic and masculine side, and the joining of the two when we press the hands together in Anjali Mudra creates union and balance in both the body and between the left and right sides of the brain. As the thumbs rest against the sternum, over the energetic heart centre, they gently encourage the spine and the heart to lift upwards and they also press and stimulate the vagus nerve, the longest nerve of the nervous system which controls activity in the heart, lungs and digestive tract. The act of joining the hands also draws our awareness inwards away from the distractions around us, encouraging us to focus and quieten the mind.

I hope that this gives you a little insight into why we bring our hands together in Anjali Mudra so often in yoga and that the next time you do, whether it's to help lift your chest in Crescent Moon Pose (Anjaneyasana), as you're sitting in Easy Pose (Sukhasana) for mediation or to say 'Namaste' at the end of class, you can do it with an increased awareness and understanding of this simple gesture. 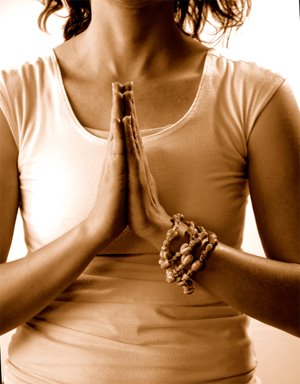 I'm intending to make the recipes I share here on the Blog a bit more seasonal so you can use produce that's naturally more abundant for the time of year.   Maybe you grow some of your own fruit and veg yourself, maybe you're trying to buy locally at farmers' markets or veg box schemes and possibly you might even forage and collect some ingredients from the countryside (I have blackberries in mind!) but it makes sense to use what is available in the UK rather than buy the stuff that's flown in from abroad. This recipe is from a post I wrote two years ago, but as courgettes are so plentiful right now and you might have a glut and be wondering what to do with them all, I thought it was worth sharing again.  And if you don't grow courgettes yourself, I'm sure you know someone who's trying to offload some and, of course, they're readily and cheaply available in the shops right.

This simple soup is extremely quick and easy to make and very healthy too. Courgettes are low in calories but have good levels of anti-oxidants, Vitamin A, Vitamin C and Potassium.

Chop and fry the onions gently in a large saucepan in a little olive oil until tender.
Slice the courgettes, peel and chop the potato and add both to the pan to fry gently for about 5 minutes, stirring often.
Add the stock and simmer for 40-45 minutes.
Allow to cool enough so you can put it in a liquidiser and blend until smooth.
Use the milk to adjust the consistency.
Season to taste.
Reheat gently and serve. 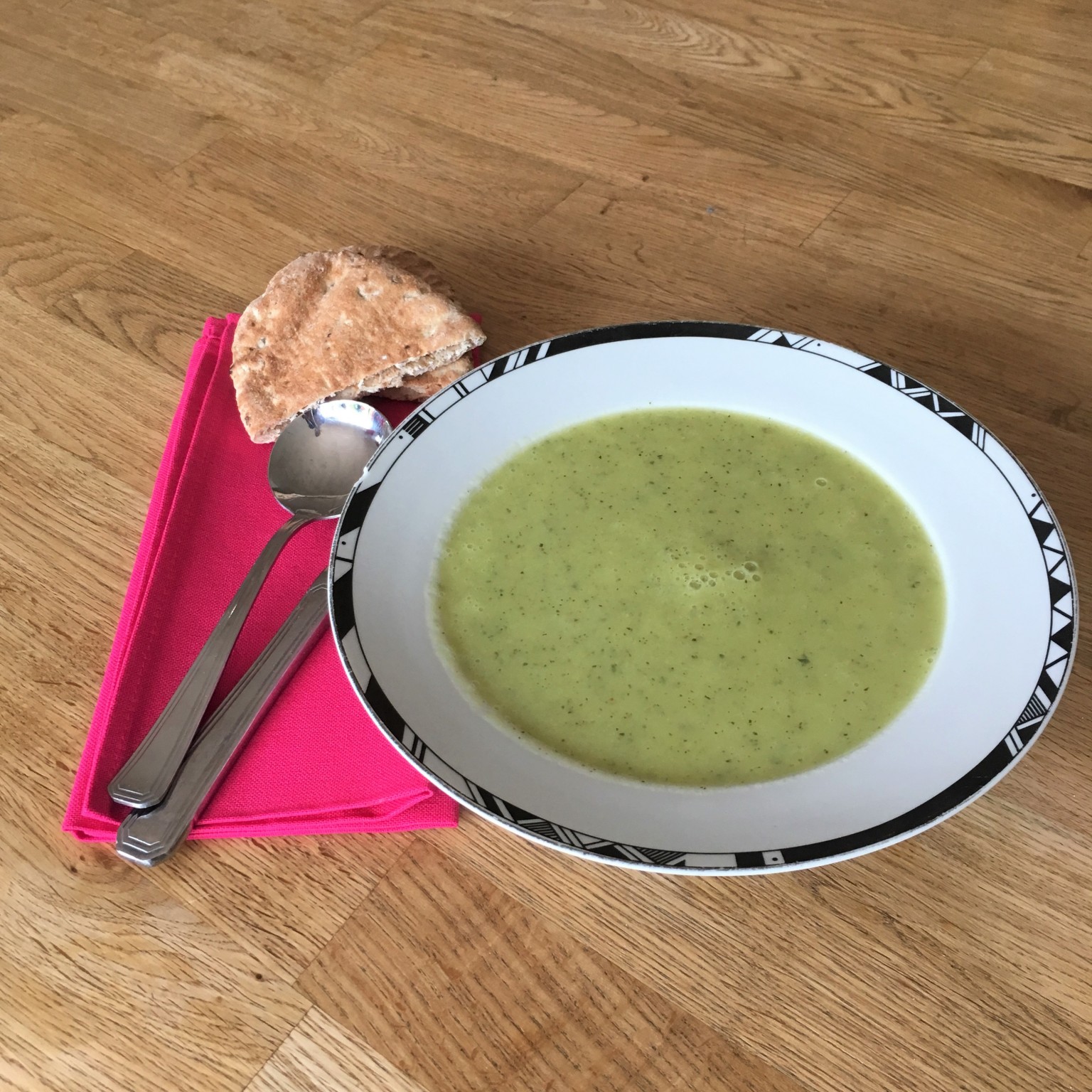 While I was away in St Ives in Cornwall recently we booked a boat trip to see the seals. As we were waiting on the jetty in the harbour for the boat to arrive a seal leisurely swam over and enterained us! Ironically, we got a better view of the seal here than on the trip - we did see them but they were in the water feeding rather than resting on the rocks when you can obviously see them better.

Grey seals, which are native to this country, are thriving in this area as there is a long coastline and the rocky outcrops and small coves are ideal for bringing up their pups.    You can learn some fascinating things about seals (such as they can live up to 40 years!!) from Padstow Sealife Safaris here:

and find out the best places to see them in the UK here:

Here's a rhythmic, hypnotic track which would be great for your Sun Salutations. You'll hear the words 'Om Namah Shivaya' repeated over and over, which means 'salutations to the auspicious one'.  It is one of the most important and powerful mantras, honouring Shiva (the destroyer), who is one of the three most important and powerful Hindu gods who together with Brahma (the creator) and Vishnu (the preserver). Although Shiva is considered to be the destroyer, which sounds a little dangerous, he also symbolises energy, transformation and new growth. Shiva is omnipresent and, if you chant this mantra, you are also honouring the inner Self - your true essence and the part of you that remains stable and grounded even after change and destruction.

And I'll Leave You With...Olafur Eliasson's Exhibition 'In Real Life' at The Tate Modern

If you're up in London and want to go and see an exhibition, I recommend this one.  Olafur Eliasson grew up in Iceland and Denmark and his work reflects many of the aspects of nature that are found in these two countries.  Fog, water, reflections, light and an enormous wall of reindeer moss form some of the pieces, which encourage the viewer to thing about their place in the environment in a different way.  There are photographs, geometric shapes and optical illusions, many of which are inter-active and a huge waterfall which has been erected outside.  You can learn a bit more about this exhibition, which is on until 5th January 2020, in the video below...

Thank you for taking the time to read the Blog...  Until next time...