A Bit About... Your Transverse Abdominal Muscles

Last week I wrote about your Oblique Muscles - how they work and where they are located.  This week we'll take a brief look at the Transverse Abdominals, also known as the Transversus Abdominis or TVA. They are the deepest layer of the abdominal muscles, lying underneath the Obliques and closest to your abdominal organs.  They wrap horizontally around the torso like a corset, helping to compress the abdomen and keep the organs in place, and they provide stability to the pelvis and ribcage.  They work together with the Diaphragm, Multifidis muscles (deep muscles that run up your spine like the teeth of a zip) and the pelvic floor to make up the inner unit of your core, keeping you upright and balanced - a strong core means a stable platform, ease of movement and less likelihood of injury.

We strengthen the Transverse Abdominals in yoga when we activate the bandhas (which we do in lots of poses). Mula bandha refers to a lifting of the pelvic floor muscles and Uddiyana bandha refers to an inward and upward lift of the abdominal muscles and the diaphragm. When we do the two together, such as when we are in Cat Pose, we are strongly strengthening our Transverse Abdominals. 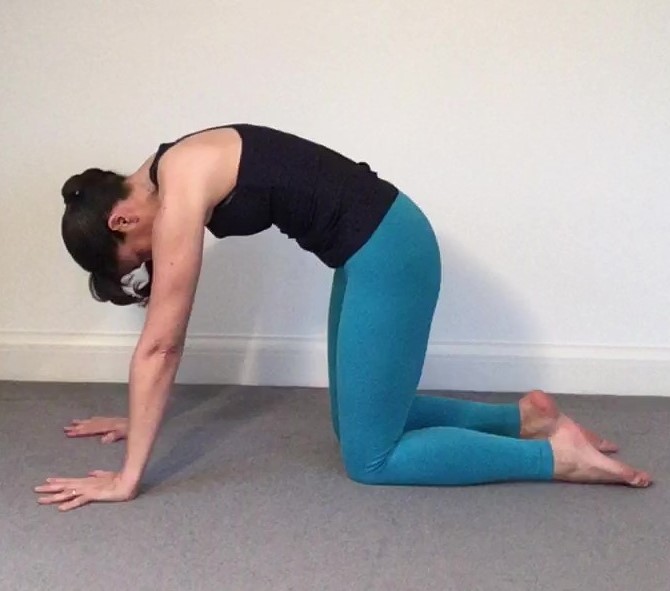 Boys to Zen - why men are taking up yoga

A friend shared the article in the link below with me earlier this week.  It addresses one of the curiosities of yoga in the western world, namely why are there so many more women at yoga class than men?  Traditionally, yoga was practiced predominantly by men and it is only in the last 40 years or so that yoga has been such a female dominated activity.  Certainly there are lots of male teachers but there are not many men from the general population coming along to class despite the numerous benefits that yoga offers.  So why is this? I wonder if it's because many men think they're too stiff to do it, which is a shame - making yourself flexible is not a goal of yoga, rather you do the practice and the flexibility comes as a result of that. I wonder if men think that yoga is too easy - they want to work strongly and think that all we do in yoga is lie on the floor and do deep breathing. Or maybe it's because it is perceived as a woman's activity, like going to a spa, and they would feel awkward and that they didn't fit in.  Maybe it's a combination of all of these?  Anyway, the article reassures us that this is changing and that many more men are coming to yoga classes now - at least that's the trend in London - it might take a little while to filter out into the suburbs and more rural areas but it's good to know there's a growing interest and I look forward to welcoming more men to class in the future. I'm always talking about bringing more balance to all things in life - I hope it applies here too. To read the full article click here  https://www.standard.co.uk/lifestyle/esmagazine/why-men-are-taking-up-yoga-a3788741.html

A short flow for you to practise at home. Do it just once, repeat it several times, add it in to your own sequence, do it slowly or do it quickly - you choose. Just unroll your mat and enjoy your practice.  (Click the little square icon bottom right to open up the full screen.)

I had some red wine left over from last weekend. I couldn't finish it as I've been teaching in the evenings - I really don't think that would be a good idea! Can you imagine? I often get my lefts and rights muddled at the best of times! And headstands?! Let's stop right there!  I didn't want to tip it down the sink so I decided to make myself a dessert. I usually only make this recipe for dinner parties but who says it has to be saved for special occasions?  Poached pears are so easy to make, you can make them in advance and keep them in the fridge for a day, they are relatively healthy for a dessert and completely delicious.

half a bottle of red wine 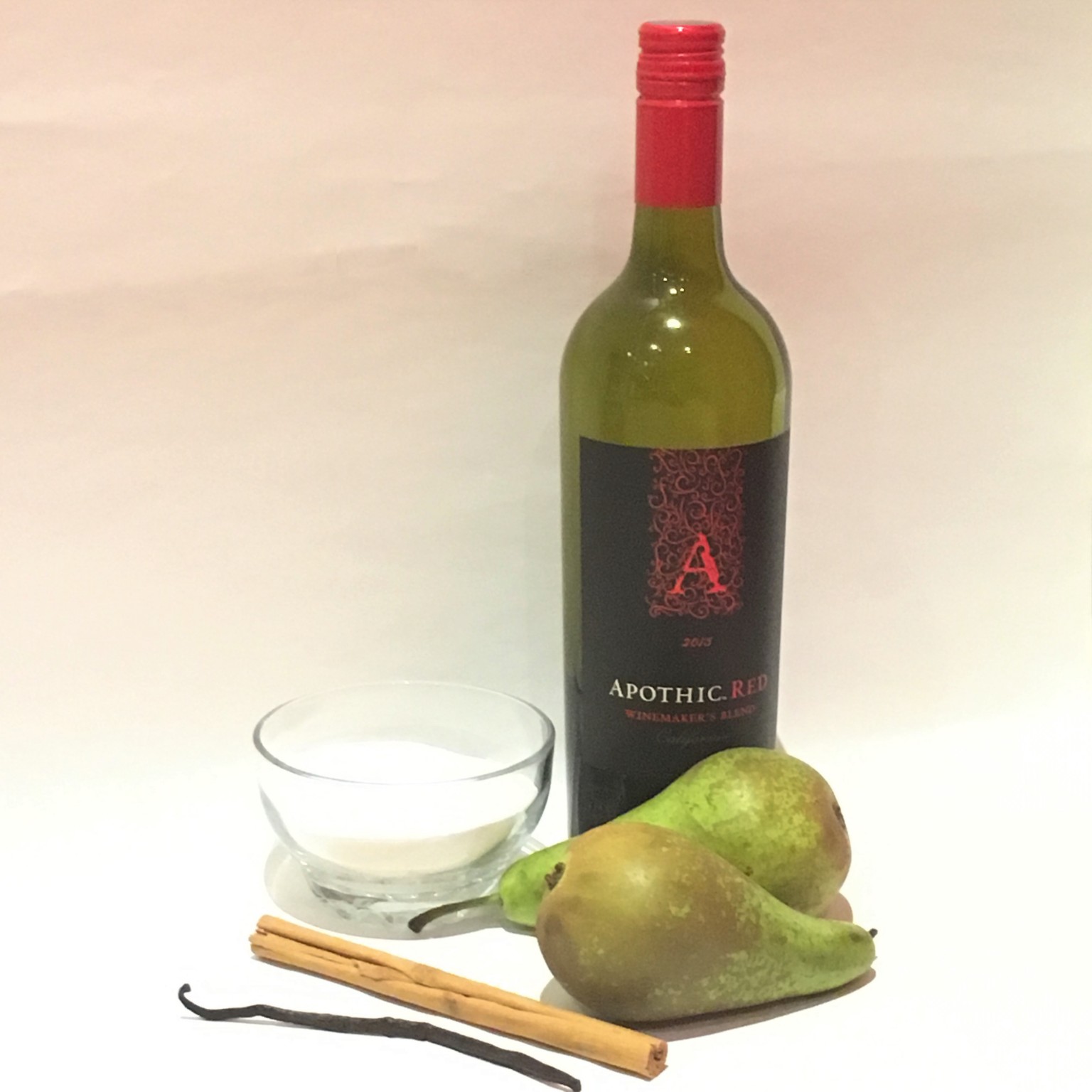 And here's how to make them:

Peel the pears but leave the stalks on.

Slice the vanilla pod lengthways and scrape out the seeds.

Put the pears, the vanilla pod, the cinnamon, the sugar and the wine in a pan.

Make sure the pears are covered in the liquid, put a lid on the pan and poach gently for 20-30 minutes (depending on the ripeness of the pears) until very tender.

Remove the pears from the pan and boil the liquid until it has reduced down into a syrup.

Serve the pears with the syrup and maybe some ice-cream or yoghurt - I used Alpro Soya Vanilla yoghurt. 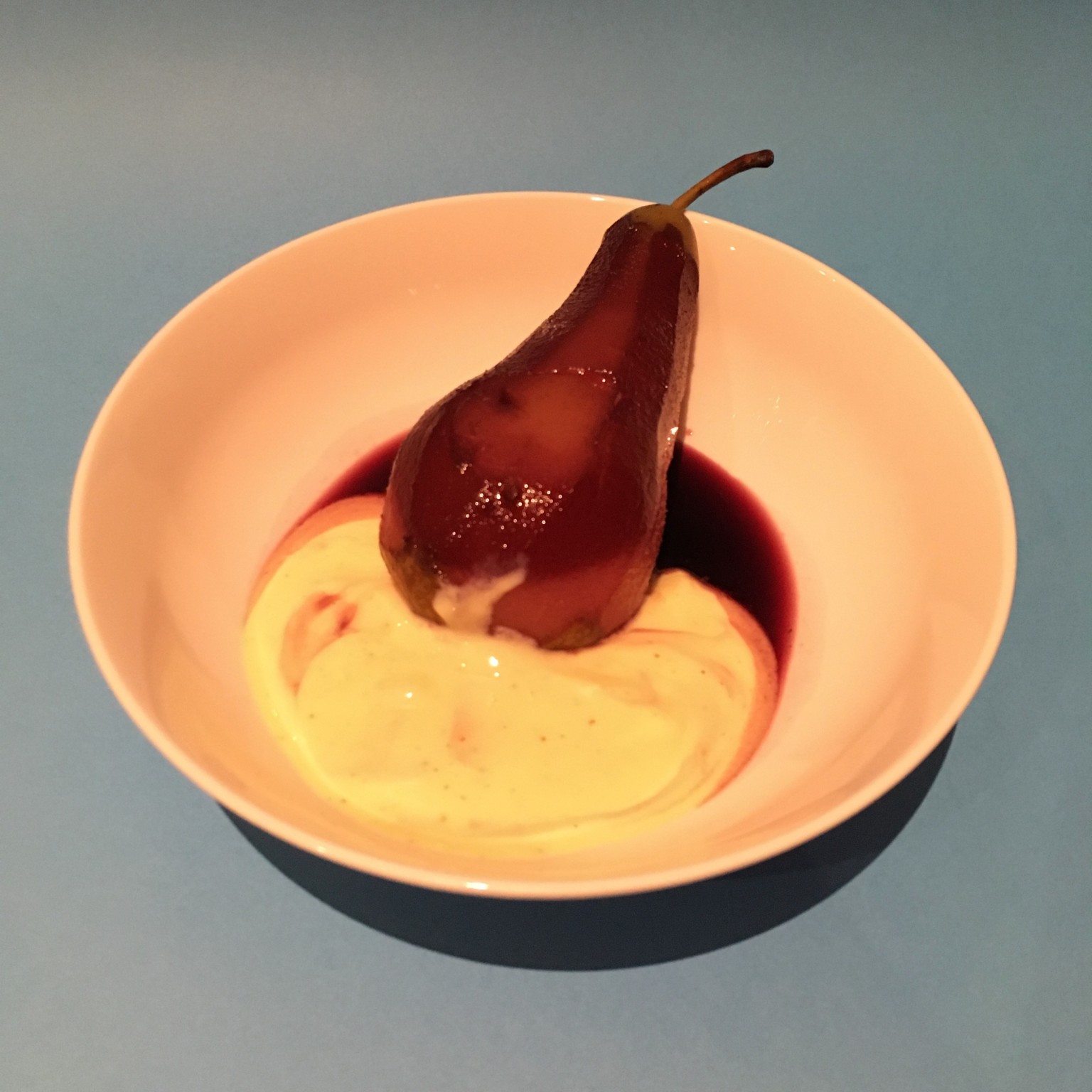 It's officially spring! We haven't had much sunshine though recently - I'm so looking forward to feeling the sun on my skin and being warm again. But this video that accompanies this week's track (which would be lovely to listen to as you're doing a slow stretching sequence or Savasana) reminds us that clouds can be beautiful too.  I hope you enjoy Nuvole Bianche by Ludovico Einaudi...

Poet, rapper and motivator Prince Ea reminds us of the importance of taking a mindful breath - with a smile...

Until next week, dear yogi...

Namaste and thanks for reading.