A Bit About Yoga Nidra

In my Tuesday evening classes this week we did a Yoga Nidra practice.  Also known as Yogic Sleep, Yoga Nidra takes you deep into relaxation and induces a meditative state of consciousness.  Although there is always some time at the end of a class to relax the body in Savasana, Yoga Nidra takes you one step deeper.  Lying comfortably on the floor just as you do for Savasana, you are guided on a journey around the body, stopping at 61 points along the way. The teacher names each point in turn, bringing your awareness to it before moving on to the next one. As the practice continues and you focus only on these points, you become less and less aware of the outer world until there is only the sound of the instructions and the focus on each point. When you first start to practice don't be surprised if you fall asleep - it's quite common - but gradually, with repetition, it becomes easier to stay just on the edge between sleep and wakefulness, in a place of quiet awareness. This is deeply restorative for the mind and the body, activating the parasympathetic nervous system (the 'rest and digest' mode) as opposed to the sympathetic nervous system (the 'flight and fight' mode).

For those who find meditation difficult because the mind is just too busy, Yoga Nidra can provide the calm, restful state that has been so elusive. It's benefits are such that it is being used to help anyone who is stressed and even war veterans suffering from PTSD.

If you get the chance, do go to a full Yoga Nidra class (Triyoga in London offers one most days of the week). It's a whole hour to lie down and rest deeply. It's bliss and I'm sure you'll absolutely love it.

If you're a member of Thrive Yoga, this week's class is a 10 minute, 61 Point Yoga Nidra practice - I hope you enjoy it. 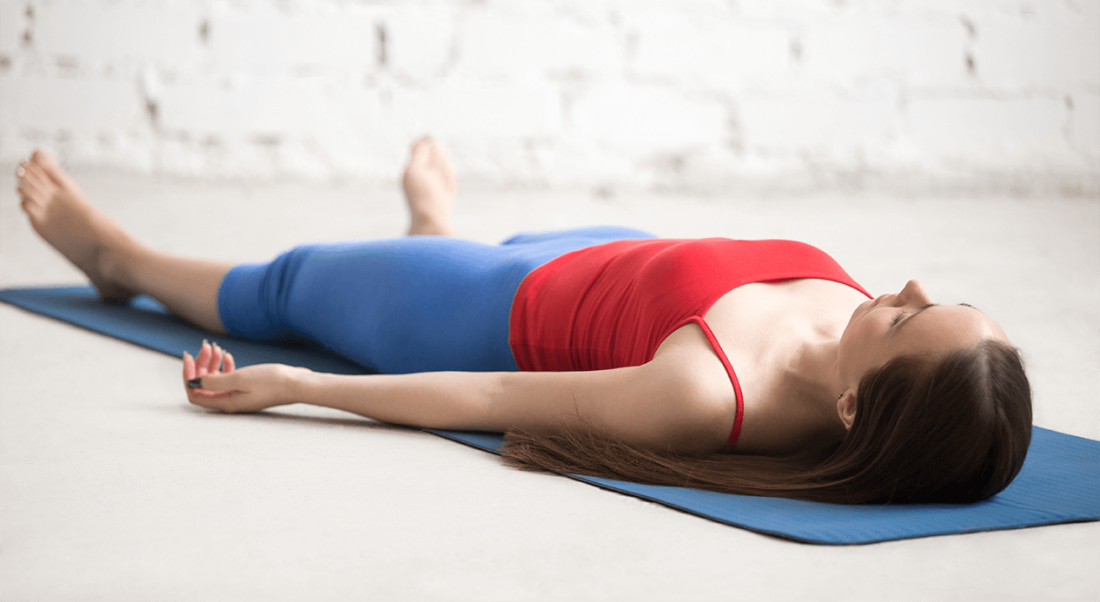 Do you feel hungry after your evening yoga class? I often need to eat something but it has to be quick to prepare and light for my digestion as it's late when I get in. This simple recipe (actually, it's so simple I can't really call it a recipe) is good because of it's combination of ingredients. Bananas are rich in potassium and magnesium which are natural muscle relaxants. They also contain the amino acid L-tryptophan. According to The National Sleep Foundation, the body uses tryptophan and turns it into a B vitamin called niacin. Niacin plays a key role in creating serotonin, a neurotransmitter that’s associated with sleep and melatonin levels (a hormone that controls your sleep-wake cycles). Peanuts and almonds are good sources of magnesium and are rich in niacin, and so they also enhance the release of serotonin in the body.

So what about the wholewheat bagel? The National Sleep Foundation has a good explanation for this too, "Eating tryptophan doesn’t immediately impact serotonin levels. Tryptophan is just one of many different amino acids that are contained in our food. All of those amino acids compete to get transported to the brain. Tryptophan is one of the least represented amino acids in those foods, which means that it gets shoved out of the way by the others. That’s where this last piece to the puzzle comes in. There’s one thing that allows tryptophan to easily enter the brain: eating carbohydrates. Carbohydrates cause your body to release insulin, which removes all amino acids—except tryptophan—from your blood. That means that tryptophan has no competition and can enter the brain easily, boosting serotonin levels. So eating a snack that’s all carbohydrates will react with stored tryptophan in your body and give you a much bigger increase of serotonin. You can actually use this to your advantage by eating a light carbohydrate-centric snack before bedtime." A wholewheat bagel is best as, unlike white bread, it doesn't cause a blood sugar spike and give you a late night energy boost just when you're trying to relax.

So here's the very short list of ingredients and how to make your healthy bedtime snack ...

Peel the banana and either slice it or mash it well in a bowl.
Toast the bagel.
Spread the peanut butter on top of the bagel and top with the sliced or mashed banana. 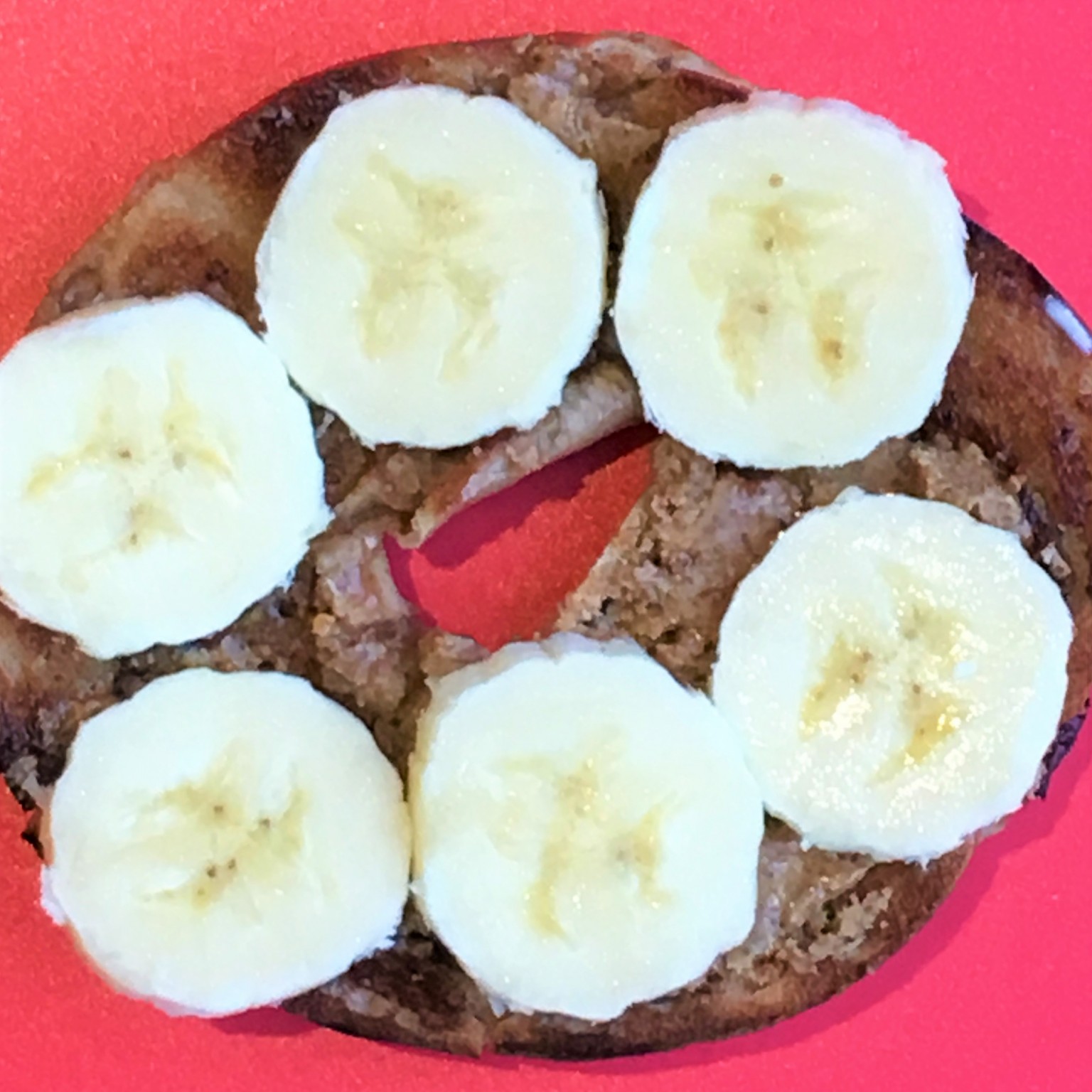 This Week's Advice From... the moon 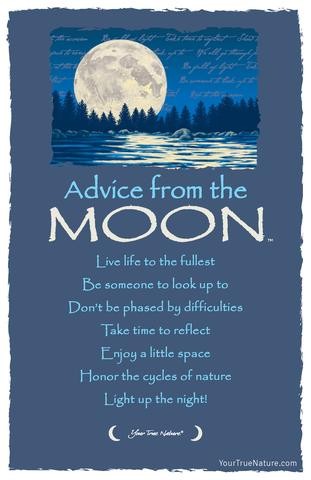 This Week's Musical Offering... is called Lady of the Moon and it's by 2002.  It's a beautiful, melodic and relaxing track which is good to accompany Savasana or a few minutes' quiet contemplation.

This Week's Video... a short BBC clip about a 98 year old grandmother who inspires others to do yoga.