This Week's Class Notes... Why Do We Roll to the Right Side?

Have you ever wondered why, when we've been lying down during a yoga class, we roll to the right side to come back up to sitting?  There are specific reasons for it - in yoga nothing is random. Everything has been carefully considered and thought out and I've found that there is always an answer to any question I might have, I just have to search out the answers from the masters and the scholars who have studied the practice in great detail.  You are generally advised to roll to the side after lying down because it is the safest way. You're usually quite relaxed after you've been supine for a while so coming up quickly and unevenly could potentially tweak your back. A speeding sit up can also mean your blood pressure doesn't have time to regulate itself and therefore you might feel dizzy and lightheaded. Rolling gently to the side allows you to control the movement, move slowly and use your free hand to push yourself carefully to upright - your head comes up slowly, meaning less possibility of dizziness.

But why the right side specifically?...

The Physiological Reason Your heart lies slightly to the left of centre so when you roll to the right there is less pressure on it. Your left lung is slightly smaller than your right lung so rolling to the right allows the left lung to be less compressed, enabling you to breathe more fully into it. Your liver lies on the right side of your upper abdomen and it is the heaviest organ inside your body (the skin is the heaviest if you are including the outside of your body too). Therefore when you roll to the right the heaviest organ is not squashing other organs such as your stomach, spleen or transverse colon. When you pause for a moment on your right side before sitting up you are allowing your blood pressure to regulate and return to its normal balance. However, it is recommended that pregnant women lie on their left sides, as it improves blood circulation and allows for the best flow of nutrient-rich blood to reach the fetus. It also helps to stop the growing uterus compressing the liver.

The Tradition Reason India, the birth-place of yoga, is full of traditions and rituals. The right side of your body is considered to be the most auspicious side - you would step into a newly-built building with your right foot first and you would eat with your right hand. Indians eat with their hands and the left hand is considered unclean - right hand is for eating, left for toilet business. I'm left-handed and always forget this when I go to India but I think they forgive us tourists and our funny ways! The right side also represents the east, where the sun rises, bringing light, warmth and a new day and is honoured and revered accordingly.

The Energetic Reason The practice of yoga recognises a network of energy channels throughout the body, known as nadis. There are three main energy channels - the central channel is called the Sushumna, the right channel is the Pingala and the left channel is the Ida. The left side of your body is the feminine side, the right side the masculine side. The left side, and the Ida nadi, has qualities such as softness, quiet and calm, and the right side, and the Pingala nadi, is energetic, fiery and vibrant. When we roll to the right side the left nostril remains on top and open and the Ida channel becomes dominant, encouraging that sense of deep relaxation that we enjoy so much after our yoga practice.

So, now you know why you're rolling to the right after Savasana. It's not compulsory though and nothing's going to happen to you if you do roll to the left but, in a busy public class where space is limited, there's also another more practical reason too: if everyone rolls the same way then we won't bump into each other! We avoid a potentially awkward moment and can retain a little more of that post-Savasana peace.

I had some rather banana-y bananas in my fruit bowl the other day and remembered that I had torn out a recipe from Good Housekeeping magazine a few weeks earlier that called for that very ingredient. I made this dish and served it to friends last weekend with ice-cream rather than the lime yogurt, and it went down really well. It's really easy and very quick to make.

Half a teaspoon of Chinese five spice

A pinch of fine salt

Half a teaspoon of black or white, or a mixture of, sesame seeds

Heat the butter, sugar, Chinese five spice and a pinch of fine salt in a large ovenproof pan over a low heat, stirring until the butter melts.

Arrange the bananas, cut-side up, in the pan, breaking to fit if needed.

Transfer to the oven and bake for 10-12 minutes, carefully basting the bananas a couple of times with the butter.

Meanwhile, mix the yogurt, honey and lime juice in a  bowl.

Sprinkle sesame seeds and lime zest over the bananas and serve with the yogurt. 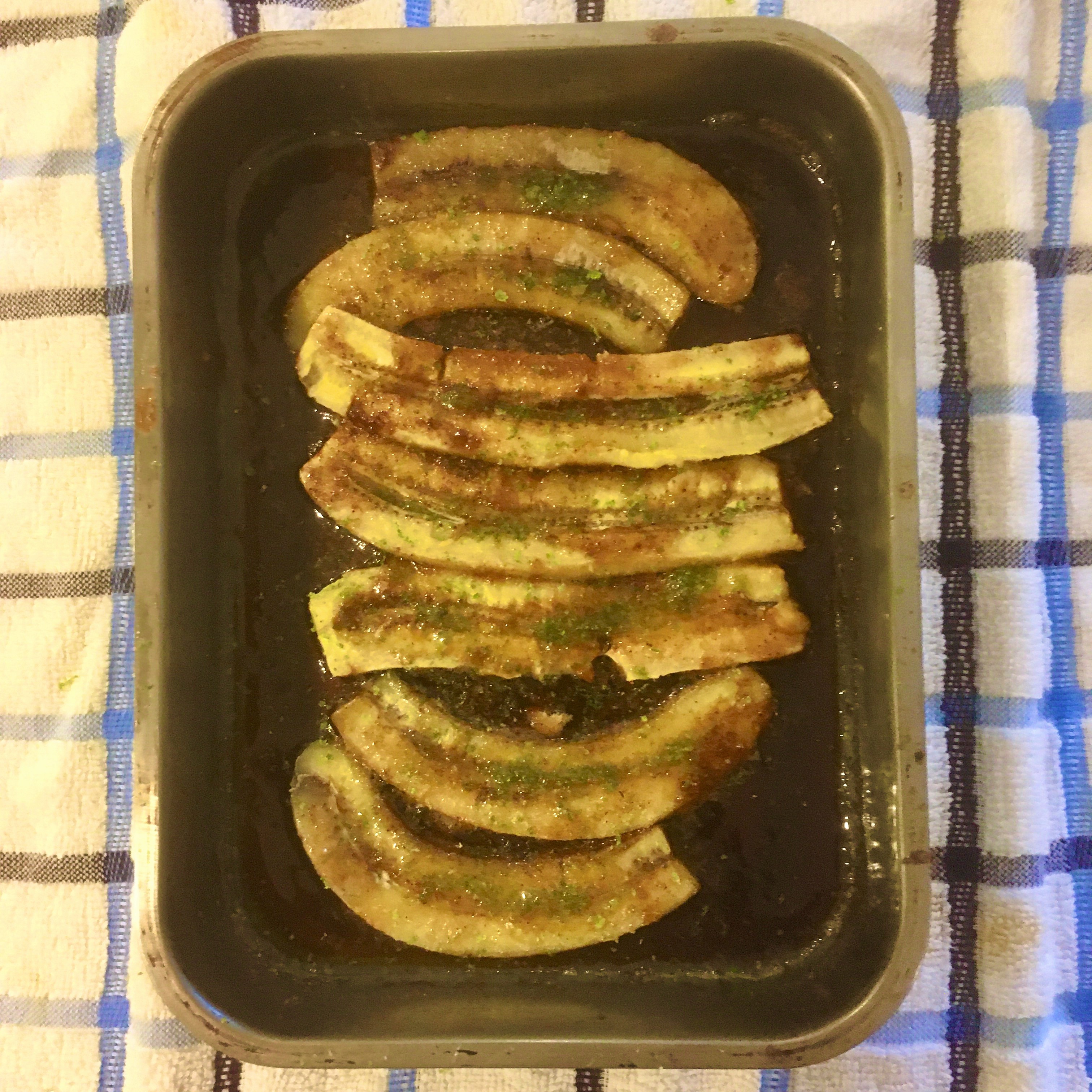 This Week's Mother Nature's Magic... The Story of Knepp and its rewilding project

I've just read a rather wonderful book. I bought it some months ago and there it sat on my bedside table waiting for me to get around to reading it, until I decided to buy it as an audio book so I could listen while I was gardening.  It's called Wilding and it's by Isabella Tree (who reads the audio version and has a very nice voice to listen to). It's the story of her husband's family farm - unprofitable, over-farmed and barren after years of chemical fertilisers - and how they let nature take the land back, repair it and begin to flourish. It is, in a way, a sad book as it tells of how humans have altered and destroyed the British countryside since the Industrial Revolution and particularly since the Second World War, but it is also a hopeful book too. I listened with a growing excitement within me that, if other landowners began to take this approach, some of our natural landscape and the species that just about manage to survive on it could be rejuvinated. I learned a lot about the history of how many of Britain's animals came to be there, and how they existed alongside mankind for centuries. I learned a lot about the creatures themselves - their habits and lifecycles - and I learned a lot about how hard it is to deal with bureaucracy and government bodies, and how tenacious and adaptable you have to be to see your dreams succeed.  There are a number of different aspects to Knepp, which is located just south of Horsham in West Sussex, and each has their own website but the Estate one HERE gives the best overview of the work being done there. Do take a look at the short video too, and maybe support your local bookshop and buy the book which, even though I have listened to it once, I am now reading to help me absorb more of the valuable stories and information that it contains. 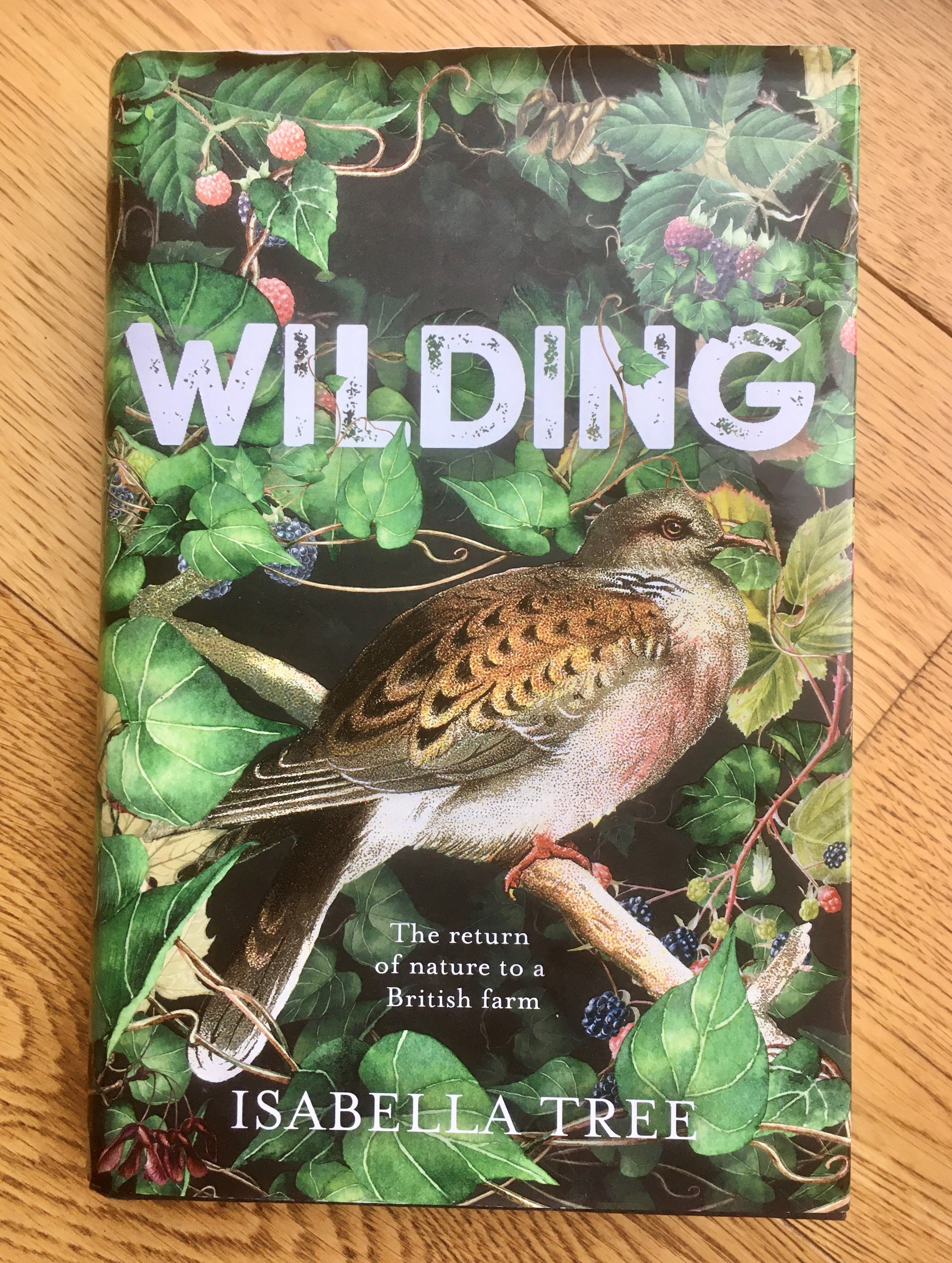 I added this to the playlist for my Monday night live Zoom class, so if you were practising with me then and have Spotify on your computer this track might sound familiar. It's relaxing and soothing and perfect for your meditation or a slow, gentle stretch.

This Week's Video... 'What Yoga Does To Your Body And Brain'

As a yogi, you'll already know about most of the benefits of a regular practice, but this video might be a good one to share with someone you know who is interested but not convinced or committed to giving it a go...

As always, thanks for reading and enjoy your yoga. Let it be your anchor in unsettling times - it will help you in so many ways. 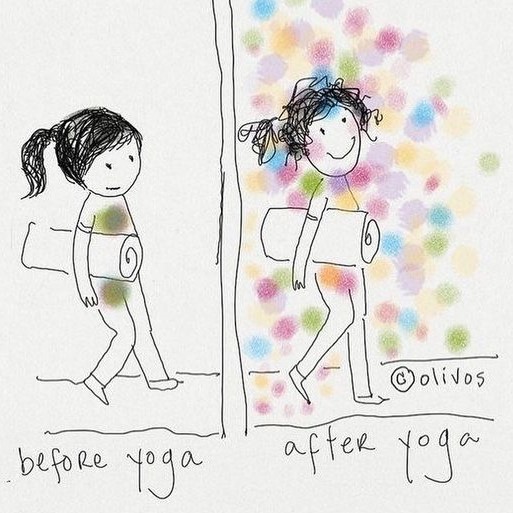